Tanya is an active actress/director in and around the Calgary area. Her acting credits include Maureen Folan in The Beauty Queen of Leenane (Liffey), Sweeney Todd (FRC), Lilli Vanessi in Kiss Me Kate and Beatrice in Much Ado About Nothing (STPG).

Ian has been with Liffey Players since 2009.  He came to do one play and stayed because he became enchanted with Irish Theatre.  He loves the art of acting and the richness of telling stories.  Stage credits with Liffey include "Someone to Watch Over Me" that won best production at 2012 Acting Irish International Theatre Festival in Dublin. 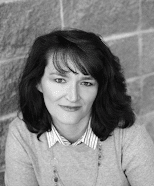 Mike has been involved with the Liffey Players since 2005, usually behind the scenes, but more recently can be occasionally seen on stage.

Plays by and about the Irish